Sarah loves to think and act out of the box! Although her first education in the conservatories of Ghent and The Hague focused at classical singing, she felt very soon that she wanted more. Intensive courses in many different methods and her experience as Authorised CVT-Teacher (Complete Vocal Technique) gave her the technical basis to use her voice in a very versatile way. From classical to heavy rock, from musical to intimate jazz, Sarah sings it all.

Besides her career as a singer, in 2007, Sarah has founded singsing!, a successful private school and coaching practice for singers and speakers, where she offers private and group lessons, as well as workshops, retreats and travels. Ten years later, in 2017, she has founded the Spanish branch at the Costa Blanca. Also in that capacity, her versatility is a big strength. The first hour, a classical soprano comes for coaching, the next a metal singer with a heavy grunt, and the one after is an entrepreneur that wants to learn how to use his voice in a strategical and creative manner. From January 2011 to September 2012, Sarah was visiting professor at the Royal Conservatory of Brussels, dept. Musical Theatre. Sarah is also regularly invited as vocal coach in studio or on location, for solo singers as well as for groups, and is often guest speaker at congresses and such. Since 2016, Sarah teaches regular masterclasses in France. As a result of that, she has intensified her system of online private coaching – in Ducth, French and English.

Out of curiosity and hunger for knowledge, Sarah performs scientific voice research since 2012, in collaboration with a.o. Prof. Dr. Felix De Jong. She has presented the first results , an MRI study, a.o. in August 2013 at the Pan-European Voice Conference (PEVOC) in Prague. In August 2015, she has presented her videokymographic study about the vocal modes, flageolet and vocal effects at the Pan-European  Voice Conference in Florence. There, she also participated at a round table of EVTA Europa about “Voice Science & Teaching”, to share her experiences. In september 2015, she was invited by Cathrine Sadolin and the Complete Vocal Institute to present this videokymographic study at the Update Course, where Authorised CVT Teachers from all over the world gather to further train themselves in the latest developments.

At the end of 2009, Sarah committed herself to helping the Complete Vocal Institute in organizing the official courses, causing the method to spread rapidly. During her own education to Authorised CVT-Teacher at the prestigious Complete Vocal Institute in Copenhagen, she was trained by a.o. Cathrine Sadolin herself to the top of the European voice teachers. But Sarah doesn’t stop there, as she flies across Europe the whole year long, for congresses and courses about voice science and all possible voice methods. Her goal is to find the perfect approach for every voice user, so she can coach everybody fast and effectively.

Her conviction that Belgium was in need of a central association that unites voice pedagogues, led to her founding Evta-Be in 2011, together with Lieve Jansen, with witch Belgium became the 20th country to join EVTA, the European umbrella association for voice teachers.

Sarah has extensive experience at home and abroad as soloist, ensemble and studio singer in the classical and modern genres. She has also written and published music.

In June 2015, Onderweg naar Nu, a poetic-musical journey through the seasons of life, premiered successfully during the Feasts of Ghent. At the moment, she is working at  De Eerste Repetitie, the sequel with an interesting twist. 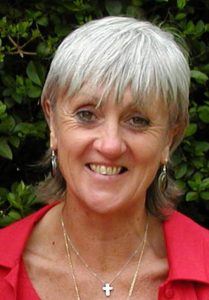 – Worked with Dr. Greg Lyne as his TA for Directing Technique classes
– Coached quartets as a coaching pod team member
– Established and led the 1st residential BABS Chorus Directors’ Workshop for 16 years
– Developed and ran the CDW Intensive for BABS after qualifying as a Lead Team member with BHS
– Continuing to write Directing and Music Team development plans and programmes for other European associations.
• Judging/Coaching
▪ Represented LABBS at the World Harmony Council ‘s (inaugural meeting establishing the “new” judging system/standard now operating worldwide.
▪ She established the new judging system within LABBS
▪ Educated in Europe, S. Africa, USA,
▪ Coached choruses and quartets in BABS, LABBS, IABS, BinG, HH
▪ Sat on official judging panel at BHS International competition and at the BHS MAD competition
▪ Currently is BABS Category Director for Singing
▪ Has attended recent BHS Category School
▪ Also a registered Singing judge for LABBS
▪ Only judge to have judged at LABBS 1st and 45th competition
▪ Is the only female member of BABS’s Hall of Fame

Non-barbershop:
• Spanning 50+ years
• Educator:
Schools:​​14 years HoD in Music in a 7 – 11 yrs school
2 years 11 -15 yrs school for 4 years
Higher Education​PL @ LJMU 15 years
Consultant/Evaluator/Assessor for OU and Cambridge Education 4 years
Session Lecturer @ Glyndwr Uni 12 years
• Director​Choral groups​​British Youth Choir Federation
Sing for Pleasure
Youth/Community Choirs
Amateur Operatic Societies
Rhiannon is very proud to be a very active part of the Music Team for The Collective Virtual Choir that Simon Lubkowski set up back in 2020. It continues to be a great privilege to be a part of his team. 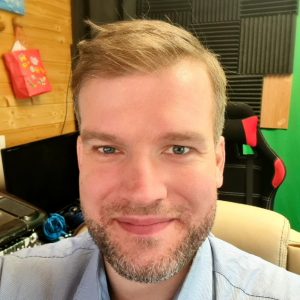 Simon studied a degree in Contemporary Music, qualified as a Music Teacher, and has since worked as Music Teacher, Head of Music, Head of Performing Arts and Director of Music for the last 17 years. He is a Choral Director, Arranger, Composer, Performer, Guide Track creator and Singing Teacher in addition to his school teaching experience.

He has been involved in Barbershop since 2013, and in this relatively short time he has achieved an impressive list of achievements:

• Qualified as a BABS Singing Judge in March 2022

• Novice Quartet champion in 2014 with The Simpletones

• Founder and MD of Mixed Chorus Lux A Cappella in 2019

• Worked as an educator for BABS Harmony College 2020 and 2021, leading the College Chorus

Outside of Barbershop he is:

• The Musical Director of “The Ratcliffe Chorale” in Leicestershire, UK

• The Founder and Musical Director of “The Knighton Community Choir” in Leicester, UK

• The Musical Director of the “Groby Sings!” Choir in Leicestershire, UK

• The Founder and Musical Director of the LGBT Centre Choir in Leicester, UK 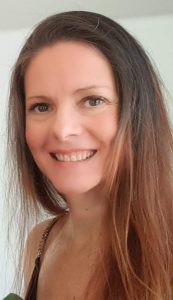 Began barbershop in 2006 singing in Chorus and Quartet.

Successfully completed Sweet Adelines Director Certification Program in 2010 and have Directed and co-Directed 2 Sweet Adelines Region 31 choruses achieving Division A Silver and Bronze, and also Harmony 500 Director award, and as a singing member achieving gold in the mixed Chorus contest.