LAVA Quartet blossomed into life when four of the members of  Las Encantadas went to SABS’ first Harmony College in 2013. They were heard singing in the stairwell (where else?) and encouraged to carry on singing together by their appreciative audience. Debbie (Bari), Ann (Bass), Kelly (Lead) and Angelica (Tenor) now spend a great deal of their spare time together, as they all have children of similar ages who have learned to tolerate their mothers’ obsession.

LAVA entered their first competition at the SABS Convention in Calpe in 2014, and will be back!

Want to join the discussion?
Feel free to contribute!

This site uses Akismet to reduce spam. Learn how your comment data is processed. 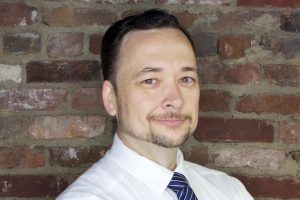 Steve Scott is the Director of Harmony University and Education Services for the Barbershop Harmony Society. Additionally, Steve is an active researcher, presenting at national and international music conferences. His research interests include the biophysiology of the barbershop singing voice, barbershop acoustics, and barbershop history. He is a certified Singing judge and is a frequent faculty member for harmony colleges around the world where he teaches voice techniques and vocal pedagogy. Steve is active as a voice teacher, youth chorus clinician, coach, and chorus director, and has sung in various quartets and choruses, including the medalist chorus Central Standard of Metro Kansas City, where he served as Vocal Coach. Steve now serves as the director of the TuneTown Show Chorus and the vocal coach of the 2018 5th place Music City Chorus, both in Nashville TN.